The following sections describe management of wildlife in Canada which shares many of the foundations and approaches with those in place in the U.S. but some notable differences exist, as described in the following sections. Similar to AFWA’s leadership on behalf of wildlife management in the U.S., the Canadian Wildlife Directors Committee (CWDC) provides an organizing frame for government-led national collaboration on wildlife conservation in Canada. 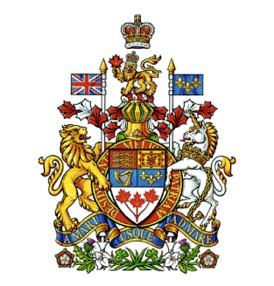 Federal responsibility for wildlife is concentrated on migratory birds, species at risk, wildlife on designated federal lands including national parks, and the ability to enter into international agreements on behalf of Canada. Much of the authority for wildlife management rests with the provinces as a result of their responsibility for management of Crown lands and natural resources, as granted by the Constitution Act, 1867 for the original provinces that formed Canada, and by the Natural Resources Transfer Agreements, 1930, for the four western provinces that joined after Confederation. Responsibility for Crown lands and natural resources has resulted in legislation, regulations, policies and programs for wildlife management in each of the provinces that are generally similar but tailored to the needs of each province. For the most part, wildlife is the property of the Crown (the federal and provincial governments); this public ownership mirrors that of the USA.

The Constitution Act, 1982 recognized and affirmed existing rights of the Aboriginal people of Canada including hunting, fishing and trapping for food and traditional ways. Throughout most of Canada, Aboriginal rights had been recognized through treaties which provided for surrender of land in return for the right to hunt, fish and trap on lands on which Aboriginal people had legal access to exercise these rights. Notably, much of British Columbia is not covered by treaty. Although Aboriginal rights to hunt, fish and trap continue to be the subject of jurisprudence that defines these rights, the perspectives and rights of Aboriginal organizations, people, communities and First Nations are forming a greater and significant part in the larger wildlife management efforts in Canada today.

In Canada’s three northern territories (Yukon, Northwest Territories, Nunavut), wildlife management is an amalgam of federal and territorial governance, but with territorial reach defined by the federal government. For example, fisheries management responsibility rests with the federal government, while wildlife and biodiversity management are led by the territories which have enacted statutes much like the provinces. Of great importance is the existence of a number of land claim agreements in each of the territories that define specific relationships for a variety of aspects, including wildlife management. Administrative structures and boards are in place to enable local peoples and communities to take an active role in management of wildlife in the territories.

Unlike the situation in the U.S. where much of the funding for wildlife management is derived from hunting and angling license sales and dedicated excise taxes, funding in Canada is primarily allocated to wildlife management agencies from general tax revenues of the federal, provincial, and territorial governments. This, together with significant funding requirements arising from endangered species legislation creates a different balance of activities between game and non-game species, as compared to the U.S. In many Canadian jurisdictions, a small amount of funding is derived from license sales or other contributions and is directed to specifically mandated wildlife and fisheries habitat conservation programs. In a few provinces, these funds are managed by arms-length organizations with charitable status that work in collaboration with government wildlife and fisheries programming.

National collaboration on wildlife and biodiversity management is under the auspices of the Canadian Wildlife Directors Committee (CWDC) which is composed of the wildlife directors and agency leads representing the jurisdictions/agencies (13 Provinces and Territories and Environment and Climate Change Canada, Parks Canada Agency, and Fisheries and Oceans Canada) with responsibility for wildlife conservation in Canada. The CWDC is a collegial partnership that provides leadership and facilitates harmonization in the development and co-ordination of policies, strategies, programs and activities that address wildlife and habitat issues of national concern and contribute to the conservation of biodiversity. The CWDC works to find ways to proactively engage and influence the broad suite of programs and policies that relate to wildlife and their supporting habitats.

National collaboration on fisheries management is coordinated through the Canadian Council of Fisheries and Aquaculture (CCFAM) with task groups charged by the Ministers with a variety of fisheries-related issues.

Environment and Climate Change Canada (ECCC) works to protect and conserve Canada’s natural heritage, and ensure a clean, safe and sustainable environment for present and future generations through science-based policy, programs and regulations. ECCC works in partnership with Indigenous Peoples, provinces and territories, and other key partners to in advancing its mandate. The Canadian Wildlife Service within ECCC is responsible for leading ECCC’s efforts to conserve nature, through programs focused on protecting and recovering federally-listed species at risk, conserving and sustainably managing populations of migratory birds, conserving and restoring important habitats for wildlife, and collaborating with domestic and international partners to advance the conservation and sustainable use of biodiversity. ECCC’s own network of protected areas consists of 55 National Wildlife Areas and 92 Migratory Bird Sanctuaries covering a total of 150,356 square kilometers of important habitat. Terrestrial habitat covers 119,145 square kilometers, and marine habitat covers 31,211 square kilometers.

Fisheries and Oceans Canada (DFO) has the lead federal role in managing Canada’s fisheries and safeguarding its waters. DFO works with stakeholders and provincial, territorial, Indigenous and international governments to ensure marine species at risk are protected, and that fisheries are operating in a way that is orderly, safe and sustainable. Managing Canada's recreational fisheries is a shared responsibility between federal, provincial and territorial governments and although roles vary between different provinces and territories, generally the federal government is responsible for all marine species with the exception of anadromous and catadromous species in inland waters in some regions; and provincial and territorial governments are responsible for freshwater species, with the exception of salmon in British Columbia. DFO maintains a network of protected marine areas covering 275,000 square kilometers.

In the provinces and territories, wildlife, fisheries and biodiversity conservation and management is usually nested within a larger family of ministries, departments, or agencies that either conduct, or impact or influence these management efforts, like forestry, agriculture, environmental protection, protected areas/parks, water management, and others as needed in the jurisdictions. All provinces and territories have programs related to biodiversity, species at risk, recreational and subsistence hunting management and allocation, habitat conservation, compliance, and Indigenous relationships. 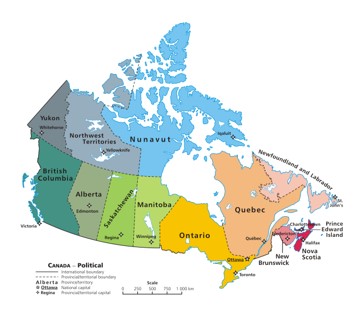